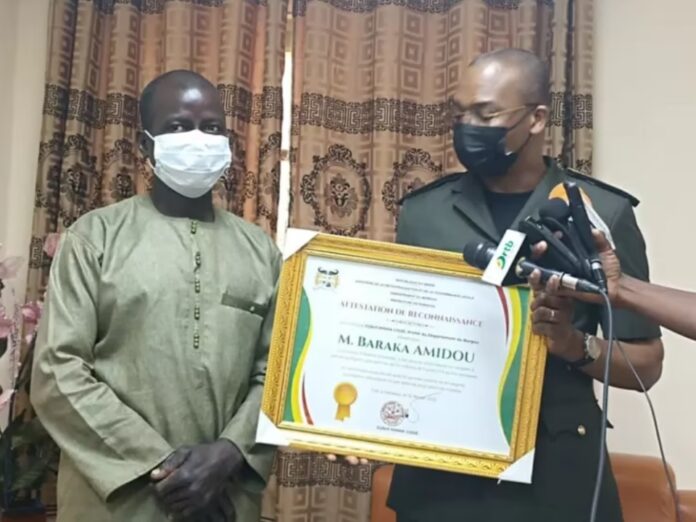 In Benin, a 37-year-old farmer had the courage to hand over the money he had found oh his way from the farm, which earned him a certificate of recognition from the Administration. The amount that he gave back is around 14 million CFA francs.

In an interview, this “wise” farmer said that his name is Baraka Amidou and that he does not regret to have handed over this money. This information was collected through his cousin, because the farmer did not understand French, the language of interview.

This happened after a similar scenario happened in Liberia where a motorcyclist handed over an amount 14 million US dollars, which earned him a seed capital for business and a scholarship for studies.