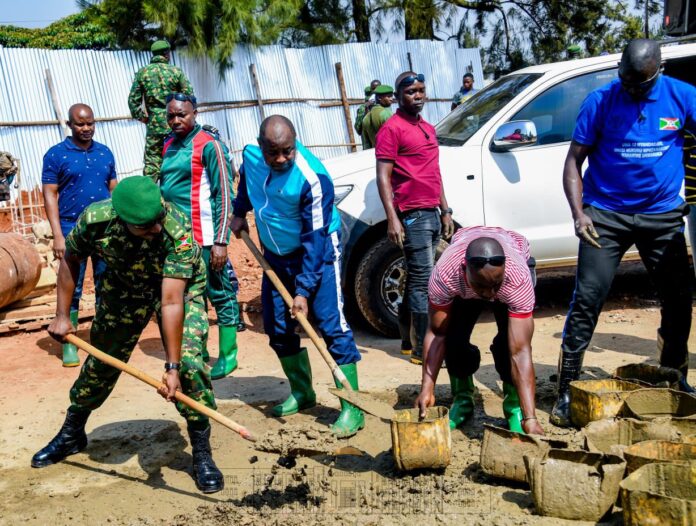 To encourage his compatriots to get involved in local development, the president of the Republic Evariste Ndayishimiye joined the population of his native province of Gitega, this Saturday, March 19, 2022, in the construction of a modern and multisport ground located in the district of Musinzira, capable of accommodating 1000 people.

In his speech, President Ndayishimiye launched a vibrant appeal to natives and friends of Gitega to invest in innovative projects and infrastructure worthy of a political capital: “Together, let’s raise the standards and say no to mediocrity for the emergency a better Burundi”, he said.

To this end, a fundraising campaign has been organized to accelerate the construction of this modern infrastructure. The Head of State thus led by example as he gave a financial contribution of ten million of our francs, and several personalities imitated him by donating money and various equipments such as cement, etc.

Note that once all the donations have been collected, the construction work of this multisport ground must be completed within four months.