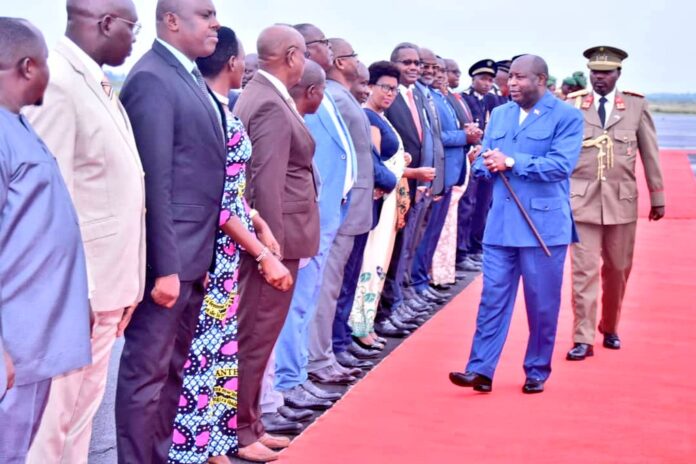 The President of the Republic HE Evariste Ndayishimiye is back in Burundi after taking part in the second regional Heads of State conclave on the security situation in the Democratic Republic of Congo DRC held in Nairobi, Kenya, on 21 April 2022.

After fruitful discussions to promote peace and stability in Eastern DRC and East Africa, the Heads of State agreed that a political process & consultative dialogue be initiated between the President of the DRC and the local armed groups in the DRC on the military front, in accordance with an agreement reached following the 1st Conclave of Heads of State on the establishment of a regional force to help contain and, if necessary, combat the negative forces, the meeting ordered the urgent deployment of such a force. To this end, the meeting requested that planning for such a force commence with immediate effect with full consultation with the relevant authorities in the Region.

To facilitate the implementation of the decisions, the meeting ordered that all armed groups in the DRC participate unconditionally in the political process and that failure to do so would result in them being considered as negative forces and treated militarily by the Region. The establishment of this regional force to combat the negative forces must begin immediately under the leadership of the DRC.

The Heads of State decided to meet within a month to assess the progress of the implementation of the recommendations.