Eight hundred and seventeen Burundian refugees were repatriated on Wednesday 20 April 2022 from Rwanda via the Burundian-Rwandan border of Gasenyi-Nemba in Busoni commune of Kirundo province.

The Director General of Repatriation in the Ministry of Interior, Nestor Bimenyimana, said that these returnees are divided into two convoys, namely urban refugees who lived in different cities of Rwanda and those who stayed in the refugee camps of Mahama and Gatore.

Mr. Nestor said that few returnees were recorded during this period compared to last year because the number of returnees that used to be received in a week is now received in a month, that is to say, between 1000 and 1500 returnees, whereas it was agreed to receive one convoy per week in a tripartite meeting between Burundi, Rwanda and UNHCR, he said. Here he said that the Burundian government plans to ask those concerned the reasons for this reluctance.

The DG of Repatriation invited the returnees to join their compatriots in community development works without ignoring to integrate the cooperatives, since the development of Burundi is centred on the cooperatives, he hammered. They are also called to strengthen peace and security, as it is a priority in Burundi, he said, and to register their children and marriages at the civil registry, as well as the enrolment of children in school.

It should be noted that among Burundian refugees who have gone into exile in Rwanda, 70% are nationals of Kirundo province according to UNHCR statistics. 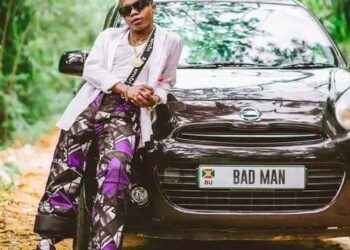