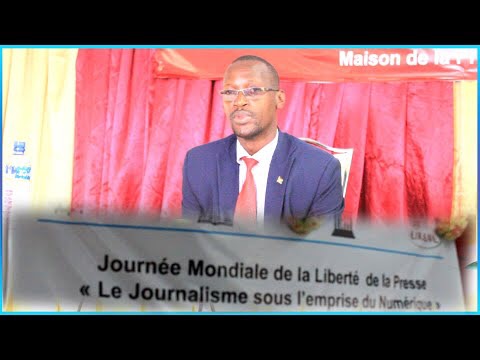 A significant progress in Press Freedom in Burundi

This Tuesday, May 3, 2022, Burundi joined other countries to celebrate the World Press Freedom Day, which took place in the premises of the Press House of Burundi. This year’s theme is:“Journalism in the digital age“. Burundi government was represented by the Assistant to the Minister of Communication and Media, Mr Thierry KITAMOYE.

According to the Reporters Without Borders, Burundi occupies the 107th place this year, which is an evolution compared to last year when it occupied the 147th place. So the freedom of the press has made a remarkable step.

However, the assistant to the Minister of Communication finds the above  mentioned report not persuasive to some degree,  estimating that several factors might not have been taken into consideration especially the reopening,  this year, of  the media that had been closed.

Another sign of press freedom is the growing number of media outlets that are seeking approval from the National Communication Council to operate in Burundi. No investor would be able to engage in such activities if there is not enough press freedom in this country, the assistant to the minister concluded.

When asked about advice to journalists, he said that the government appreciates the work of journalists especially in the difficult times Burundi has been going through. However, there is no lack of challenges. In the digital age, there are some who spread false information contaminated by lies or bias.

He invites journalists to remain vigilant and ensure that the information provided is correct and trustworthy. To achieve this, they must take care of their performance by following the working standards and professional ethics of journalism.

Other challenges concern some journalists who do not have adequate training and who need capacity building, as well as the precariousness of working conditions : some are not well paid or displaced. Concerning the media training center which seems to be dysfunctional, the answer is that the process of revitalization of this center is imminent, in collaboration with the Ministry of Communication and the media, and in accordance with the National Development Plan 2018-2017.